Setting Global Standards... One customer at a time

CTM Labeling SystemsBlogLabelingQR Codes vs. Barcodes: How Do You Know Which One to Choose? 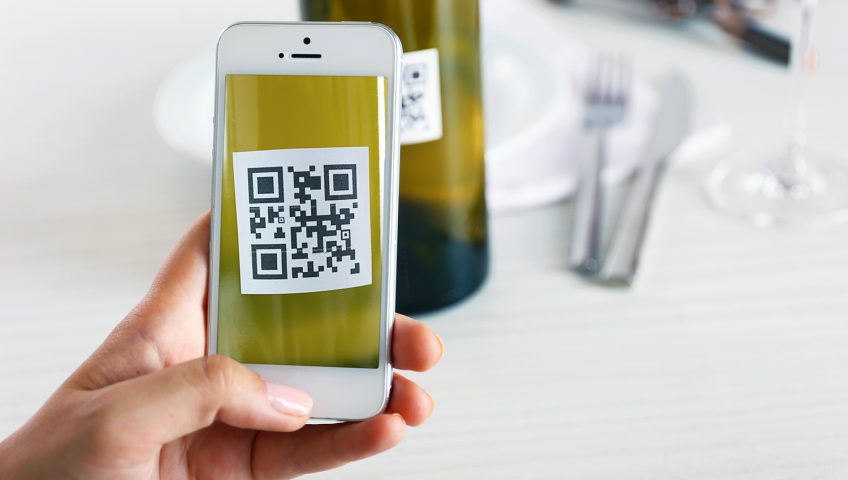 QR Codes vs. Barcodes: How Do You Know Which One to Choose?

Are QR codes better than a traditional barcode? While QR (quick response code) is newer, the choice between technologies comes down to how and where the code is used. While we think of them as two separate ways to add machine-readable data to labels, they’re just a small part of over a dozen common coding standards used around the world. Keep reading to learn more about QR codes vs. barcodes.

What’s the Difference Between These Types of Information Encoding?

Barcodes are one-dimensional, which limits the amount of information they can hold. For example, Universal Product Codes (UPCs) are used to scan retail packages and hold a twelve-digit numerical code. Six of these digits identify the product information, while the other five identify the manufacturer. The last digit is used for error correction. Other one-dimensional standards encode letters and symbols but require more space on packaging, labels, and forms.

QR codes are two-dimensional, which lets them store more information in the same space as a regular one-dimensional barcode. These can encode letters, base ten numbers, binary numbers, and kanji, a character set used in Chinese and Japanese writing. This encoding has built-in error correction, so the code is still readable even if part of the label is damaged. Some companies take advantage of this, adding artwork to their codes. The error correction ignores the artwork, so the data is still readable. QR codes were originally designed to track inventory of parts used in vehicle manufacturing. Due to its flexibility and small footprint, this code quickly spread to other industries.

How Are These Codes Used?

1D barcodes only store a small amount of information, so they’re usually used to identify groups of items. For example, a UPC identifies a product, but not the individual package. 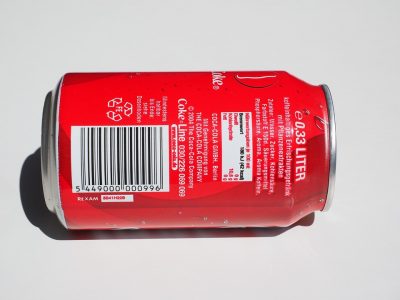 Barcode labels can be used to track individual items, as long as the total number of items is small. For example, medical facilities may use barcode scanning for medications, patient identifiers, or sample identifiers. This is a great way to reduce data entry errors. Shipping companies also use these codes for tracking numbers, which are relatively short. 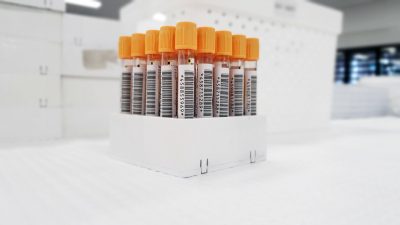 Barcodes contain information in horizontal parallel lines, while QR codes work with both horizontal and vertical directions. The advantage of QR codes using this method allows for greater storage.

Since a QR code stores more data, it’s ideal for tracking individual items. This is how it was first used in automotive factories as inventory management and continues to be used for logistics. This allows a single object to be tracked through a massive logistics system, from giant warehouses to a series of planes, ships, trains, and trucks to its final destination. It’s also used to store longer strings of data, like website URLs and serial numbers. By making this information machine-readable, there’s less chance of errors in data entry. Variations on QR codes have been adopted by industries that need to fit a lot of information in a small space. 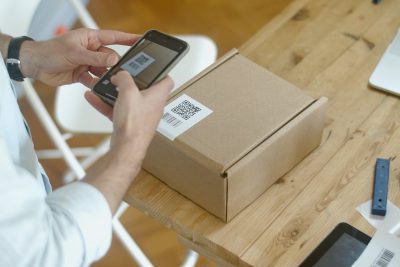 At one time, you needed a designated barcode reader to scan information. Now, one of the benefits of QR codes is that your mobile device acts as a QR code scanner. While certain phone applications can read barcode information, the ability to scan QR codes is commonly built directly into smartphone cameras. While smartphones are easily accessible QR code readers, you can also create your own QR code easier than traditional barcodes.

In most cases, your choice between codes depends on how and where they’re used. While you can use any system for internal tracking, you need to meet industry standards. Our print-and-apply labeling equipment supports over a dozen types of encoding. These codes are generated by the labeling machine’s on-board computer. This lets you send text streams directly to the machine using your operating technology system for conversion and printing. Here’s where these codes are used.

UPC codes are mostly used to scan products at the point of sale (such as supermarkets and grocery stores). UPC E is a condensed version of UPC A.

EAN 13 is an international equivalent of the UPC. EAN 8 is a condensed version designed to fit small packages.

This is a successor to Code 39 that has a higher code density.

This standard goes under several names, including GS1-128, ISBT-128, UCC-128, USS Code 128, and EAN-128. Each standard focuses on a specific use, including blood products, shipping labels, and Global Trade Item Numbers (GTINs). However, the barcode is the same across standards. Code 128 supports the full 128 character ASCII character set.

Interleaved 2 of 5 barcodes use a set format for bar spacing, but they can be any length. SCC-14 barcodes use I 2 of 5 encoding, but they have a set size. These codes are mostly used for labeling shipping containers.

This two-dimensional code uses a hexagonal grid. While it’s in the public domain, this code is mostly used by UPS for package tracking.

This square 2D barcode is used internally for tracking food product packaging. It’s also used to identify electronics and to scan information for package tracking. There’s no fixed size for data matrix codes, making them ideal for uses where space is limited. The only size limit is the ability of the barcode scanner to read the print.

This is a smaller version of PDF 417. It eliminates the start and end patterns, reducing the code’s length.

This Pitney Bowes-developed numerical bar code is used for everything from library books to medical forms.

This 7 numerical digit standard is used for inventory control in warehouses.

Used by the United States Postal Service, this barcode lists the ZIP+4 code for the package destination. It also supports two more digits for the address or P.O. box number.

Easily Apply Information to Your Products

Do you need help adding barcodes or QR codes to your packaging? Contact CTM Labeling Systems. We have local distributors that can work with you to create a print and apply labeling system that fits your packaging, your production system, and your information needs.